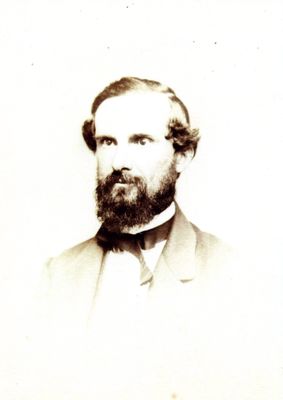 "The oldest son, William Rotch Wister, did not immediately join the military when the Civil War began; however, from its start, he played an instrumental role in getting the Union Army on a firm ground. His law office soon became one of the largest recruitment offices in Philadelphia, and he labored daily with his brother Langhorne to promote enlistments. When the number of volunteers throughout the nation began to diminish, the government found it necessary to offer rewards to entice new recruits to join the Army, but it was not immediately able to pay the promised bounties…. William Rotch Wister took it upon himself and his law firm to raise the funds to give each enlisting man half of what the government had promised. He soon received the opportunity to become the captain of a company of soldiers, but instead went to the front as a lieutenant-colonel of the 20th Cavalry, Pennsylvania Volunteers." --Jen Merritt