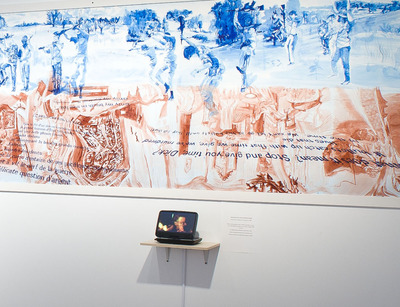 A scene from the 2001 revised and restored version of the 1979 motion picture was played on a small DVD player in the Special Exhibitions Gallery during the Jane Irish Exhibit. Irish selected this film from the Connelly Library's Imaginative Representations of the Vietnam War Collection.

Irish selected the “French plantation scene” to play on a loop. It was one of the fourteen scenes cut from the original 1979 version. It reflects a time interface association with Irish’s decadent French rococo interiors and the fall of the French Indochina empire in 1954.