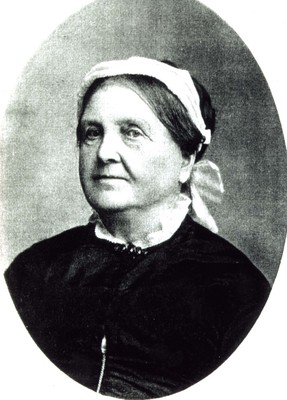 From 1826 until her death in 1891, Sarah lived at--her grandchildren said “ruled”—“Belfield.” Her six surviving children all fought in the Civil War, and during the War she performed important service with the Sanitary Commission (the precursor of the Red Cross) and for Germantown Hospital. She was at times an unconventional Quaker, and was “read out of meeting” on a few occasions. One grand-daughter remembers Sarah’s story about hiding a runaway slave in the barn and then answering the slave catcher’s question about that slave’s whereabouts by pointing off into the far distance and shouting, “He went that-a-way!”