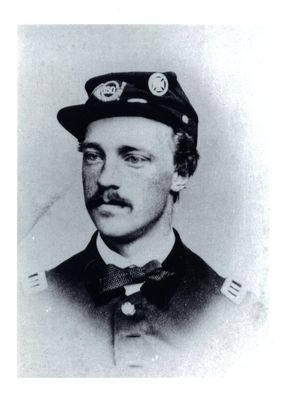 “Harvey Fisher of ‘Little Wakefield,’ the first cousin of the six Wister boys of ‘Belfield,’ was one of the first Germantown enlistments; he became the second lieutenant of Company A in the 150th Pennsylvania at the age of 18 or 19. He was apparently very ill at several times during the war, but his ailments did not prevent him from taking charge of his company shortly after recuperating. ‘Little Wakefield’ still stands on La Salle’s south campus; it is the old house, now known as ‘St. Mutien’s,’ just up the hill from the Communication Building.” --Jen Merritt