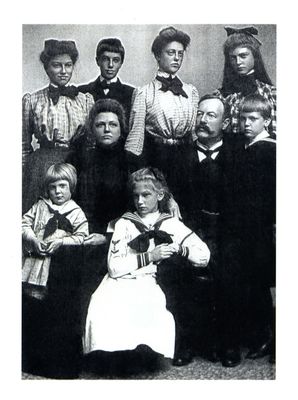 "William Redwood Wright was a Civil War veteran who after the War lived with his large family on what is now La Salle’s campus. Wright’s magnificent house 'Waldheim' stood on our south campus about where the Fitness Center is now located. Wright was associated with several military units before becoming (at the age of nineteen) Captain of Company B of the Sixth Pennsylvania Cavalry. After the War, Wright became an important figure in local and state Democratic politics and served for a time as Treasurer of the City and County of Philadelphia." --Justin Cupples