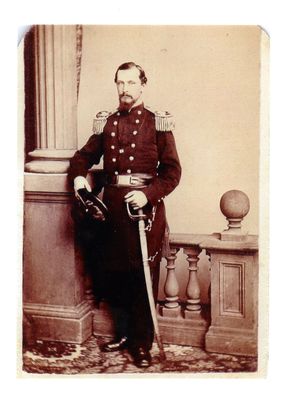 "Another Wister to distinguish himself in the Civil War was the fifth son, Francis, who became the captain of the 12th United States Infantry and later the colonel of the 215th Pennsylvania Volunteers. He received his captain’s commission through his brother John’s friendship with General Simon Cameron, Lincoln’s Secretary of War, and--as Jones relates-- Cameron never regretted this appointment because of Francis’ excellent record of service." --Jen Merritt