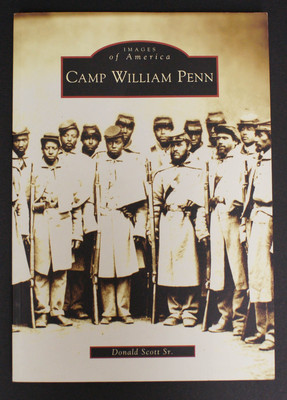 Camp William Penn, established [like La Salle] in 1863, was the largest federal facility to train black Northern-based soldiers during the Civil War. Almost 11,000 troops and officers trained at the sprawling facility just outside Philadelphia and at a special officers’ training school in the city. The camp, backed by the Union League of Philadelphia, was located near the home of antislavery abolitionist Lucretia Mott. The area, today known as Cheltenham Township’s LaMott, was also instrumental in the Underground Railroad, with such great abolitionists as Harriet Tubman and Frederick Douglass addressing the troops. The black troops trained at Camp William Penn were among more than 180,000 black warriors who fought in the Civil War and today are honored in Washington, D.C, with their names engraved on the African American Civil War Memorial.