A Book with a Civil War Pedigree 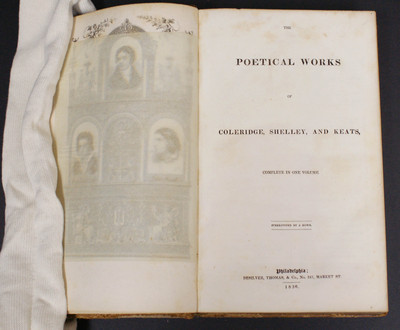 This book has the bookplate of George William Brown, mayor of Baltimore during the Pratt Street Riot. Brown was on-site during the “riot,” and tried to stop it. Nevertheless, the Federal Government suspected Brown of Southern sympathies, and he was held under house arrest at Fort McHenry. Brown’s business partner and brother-in-law, John Christian Brune, a member of the Maryland legislature, was also ordered to be arrested but escaped to Canada. Brune’s wife, Anna Laetitia Coale (1817-1856), inscribed this book to Clara Maria Brune Brown (the sister of John Christian Brune and the wife of George William Brown).