Philadelphia in the Civil War, Part I 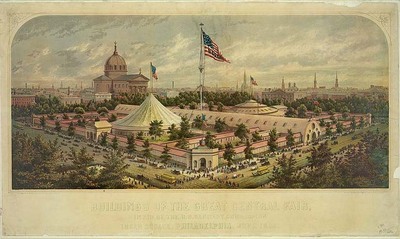 In June 1864 Philadelphia’s Logan Square was chosen as the site for the Great Central Fair, held to support the troops; 400,000 visitors raised a million dollars for the war effort and for the medical care of the wounded. President Lincoln attended and delivered a speech on June 14, telling Philadelphia’s citizens, “We accepted this war for an object, a worthy object, and the war will end when that object is attained. Under God, I hope it never will until that time.”